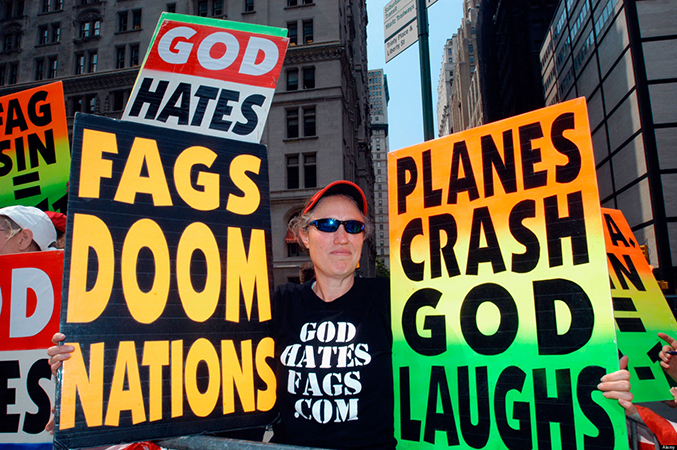 Author’s note: The following is a response I wrote to a person with whom I was having a discussion about bigotry against gay people. The conversation was in response to some comments I made about today’s stabbing at the Jerusalem pride parade. I do have a more complete post coming soon, but in the meantime I thought this was worth sharing.
See, that’s the thing. I don’t know if you’re the kind of person who would actually run after gay people holding hands throwing rocks at them, or if you’re just the kind of person who would laugh at a gay person being called a faggot, but here’s what you need to understand. I’m going to assume you’re just the kind of person who wouldn’t challenge bigotry against gay people if he heard it. There are a lot of you, and I don’t think you’re evil. Just a product of your environment.
Here’s how casual bigotry works. you’re standing around with a group of friends and one of them starts talking about this faggot who was staring at him as he walked down the street. Your friend says how disgusting faggots are and how if he saw the guy again he’d beat the crap out of him. You might laugh, or you might just stand there as everyone else laughs, but you wouldn’t speak up and challenge him even though you would never dream of beating someone up for being gay.
Anyway, a week or so later, this friend of yours is ogled by another gay guy, and that day he was having a bad day anyway, so he decides to let off some steam by bashing the gay guy’s face into the pavement a few times. He comes back to your group of friends, and tells you all what he just did. Some people clap him on the back and congratulate him on a job well done. Some people just laugh. Some, I’ll give you the benefit of the doubt and assume you’d be in this group, don’t laugh, and don’t congratulate him, but you wouldn’t necessarily tell him off either. You certainly wouldn’t tell him that you’re never going to talk to him again, and you definitely wouldn’t tell him he should work on liking gay people more. You may tell him it’s a stupid thing to do because it could get him arrested, but you wouldn’t make it about the person he beat, you’d make it about him.
And even if you did protest, you wouldn’t report him to the police. Even if he did it again a month later. Even if he did it again after that two months later. Because the guy he beat was gay, and on some level had it coming. Maybe he “shoved his gayness” in your friend’s face. Maybe he was being too loud about it. Maybe he shouldn’t have looked at your friend. Whatever the reason, you’d find a way to justify not reporting him to the police, no matter how many gay people he beat.
Eventually, you’d probably distance yourself from him if he continued to beat gay people, but that would probably be more out of a distaste for violence than out of concern for gay people.
And it’s not just you. There are a lot of people like this. They don’t hate gay people, per se, but they wouldn’t really stand up to people who do, either.
What that means, is that people who do truly hate gay people, and who truly abuse and discriminate against gay people have a safe haven amongst people like you. They know that while they may eventually lose the friendship of those around them, they’ll never have to worry about being stopped. So even though you may not hate gay people per se, or even give it that much thought, if you’re not confronting the bigotry they experience every time you see it, you’re contributing to the problem. You’re not causing it directly, but you’re letting it happen. You’re fostering an environment in which gay people feel unsafe, and people who hate gay people feel safe. You should never want to be a part of something like that.

One thought on “How Casual Bigotry Causes Violence”