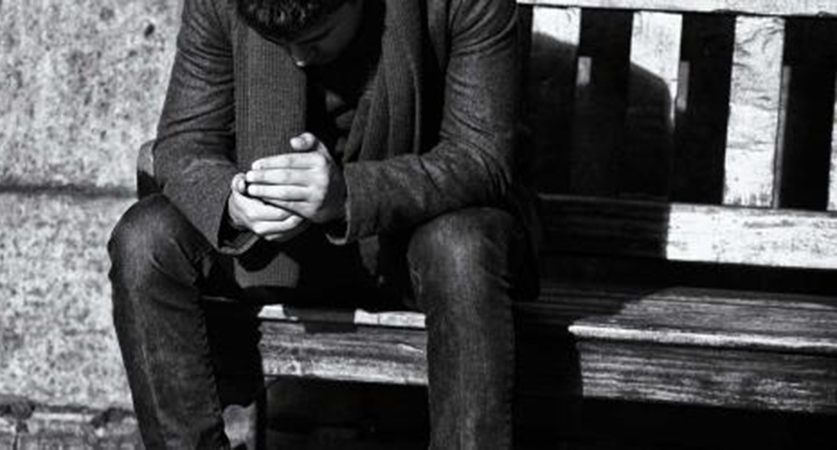 It was the same every Simchas Torah, which is why I kept going back to Young Israel Beth-El of Borough Park. I tried other places, but I could never get comfortable. The men and children would gather excitedly around the bimah, anticipation in their eyes, the long-awaited release of the singing and dancing as they circumambulated the bimah, Torah scrolls held reverently to their chests, or high in the air by some of the stronger folks, celebrating the yearly completion of the Torah. Ana Ad-nai hoshia na! And they’d be off.

Slowly at first. My favorite part was always the beginning, slowly chanting the first verse of the portion designated to each of the seven hakafos. All the places I went to skipped the rest. The verses are all from the latter part of Psalms 19 and recited in order at the beginning of each hakafah respectively, yet somehow nobody in the places I’d go seemed able to keep a handle on which verse was said when, and what the words actually were. I always prided myself on knowing the correct verse, and often my voice would be the only one chanting the words while the rest of the congregation took a momentary break to consult a prayer book. We’d start low, slowly chanting, building the melody, our voices rising, higher, until the climax where we’d profess loudly, and joyously, children and Torah scrolls held aloft, our belief in the absolute truth of the Torah, and in Moshe, the greatest prophet who ever lived. And then the dancing would start.

Well, I say dancing. It’s more like running in circles. It’s kind of nice, though. Everyone joins hands, or holds the shoulder of the person in front of him, forming what amounts to a large, circular conga line, typically focused, and dancing, around something important in the middle. At weddings, it’s the bride, or groom. On Simchas Torah, it’s the bimah, where the Torah is read. It gets much livelier than it sounds a few rounds in. Some people grab the person next to them and go off to the side to form their own, faster paced circles. Some people grab the person in front or to the side of them, and encourage them to sing a little louder, smile a little broader, and dance just a little harder.

That’s why I loved going to Young Israel. None of that ever happened there. No one ever grabbed me, or bumped into me. No children ever wrapped their arms around my leg, bumming a ride around the bimah. There were a grand total of three young children in a congregation of older and middle-aged men. I could dance around without holding anyone’s hand, or having anyone touch my shoulder. I don’t like when people do that, but it’s hard to tell people you don’t like being touched. They start looking at you funny, like you’re some kind of damaged leper. Sometimes they ask what happened to you, and actually expect an explanation. Most of the time I put up with it without complaining too much, because that’s what’s expected of me, and honestly I just don’t have the patience to explain to everyone in shul that I really want to be a part of the group, but only if no one touches me.

Sometimes I can handle it. Sometimes I can’t. I wasn’t in Young Israel this year, and I really couldn’t handle it. The night of Simchas Torah I managed to last for two hakafos, and then had to leave shul or risk punching the next person whose hand reached for mine. The next day, I deliberately came late. I told the friends I was staying by that I was hung over from the previous night and overslept, but the truth is, I just didn’t want to deal with hakafos. I wandered into shul around 11 o’clock and sat in a pew watching the merriment. Some people tried to get me to dance, taking pity on that guy in the corner sitting alone, but honestly I’ve become very happy watching from afar. I’m not sad, and I don’t feel alone. I’m with them in spirit. Dancing in my chair.

I’ve disliked being touched for as long as I can remember. Until just a few years ago, I couldn’t remember ever liking hugs, or feeling loved by kisses. I never felt camaraderie from an arm around my shoulder, or a pat on the back. Touch always made me feel intensely uncomfortable, as though anywhere in the world would be better than where I was in that moment. I never really knew why, or gave it much thought, I just knew I didn’t like it. And then one night a few years ago, while working on the manuscript for a memoir I’ve since scrapped, I made a terrifying connection. I was writing a paragraph about how I’ve always hated being touched, and how I’ve never had a hug I liked, and this connection I had never made before hit me like a ton of bricks. I ran over to my blackboard and wrote it all down before the realization went away. As I wrote, it jarred me, left me shaking, but I set it aside and went on with my life.

Two weeks later, I was in a chatroom for an online support group in which I was a member, and we were talking about my aversion to touch. One of my friends in the room asked me if I remember ever liking being touched by anyone, and that same connection hit me again, and this time it was there to stay. I told them everything.

I told them how I could remember hating being touched by my mother. How she used to hover over me all the time, and touch me more than I was comfortable with; how I did ask her to stop every now and again, but she never listened. I was her son and she was entitled to certain things. She hugged me whenever she wanted to, kissed me whenever she wanted to, but sometimes those kisses made me feel funny. I had no idea why, but I knew it was not ok. I told her to stop, but she always told me that a mother is entitled to kiss her child. She would kiss me in places that made me feel aroused. Never on my mouth, or anywhere that would be considered overtly inappropriate. On my ears, my earlobes, my neck, my shoulders, and different parts of my face. I knew how it made me feel, and while I didn’t understand what that feeling was at the age of 5, I knew it was wrong.

The incident I recall most vividly is when I was 12 and she was kissing me like that at the Shabbos table. She would not stop, no matter how much I protested, squirmed, or tried to inch away from her. My whole family was sitting at that table and she was kissing me that way, and I felt myself getting aroused, and I didn’t know what to do. She would not stop. After about a half hour, I couldn’t contain it any longer, but I also couldn’t leave in middle of the Shabbos meal, so I went to the couch behind my grandfather, masturbated in my pants, and came back to the Shabbos table. She knew. I could see she knew. She started kissing me again. She teased me about it later. This happened for ten years of my life.

When I finished telling my friends in the chat, I was shaking, crying, having a panic attack, and all I wanted to do was die. The shame was unbearable. I felt so dirty, so disgusting. What kind of sick freak masturbates when his mother kisses him. And which mother doesn’t kiss her children? Those other kids never masturbated when their mothers kissed them, what excuse did I have? Was what she did really different? Was it really wrong? I didn’t know. My friends were telling me it wasn’t my fault, but I couldn’t understand how it wasn’t. I had put my own hand, down my own pants, stimulated my own penis, until I reached orgasm. She hadn’t done that, I had done that. And no matter how many times my friends told me that it was her fault because I was a child and she knew what she was doing, it would not sink in.

My friend, who ran the online group, drove in from where she lived, picked me up, brought me to her house for the weekend, and arranged for me to see a therapist the next week. I told my therapist this story, and she also told me it wasn’t my fault, and again, I refused to believe her. “If you had a video,” she asked me, “of what she did to you, what would you think was happening? Would it look like a mother kissing a son?” I thought about it for a second or two, and told her “No. It looks like foreplay.” I had to know, though. “Did she know what she was doing? Did she know that what she was doing was making me aroused?” My therapist asked me if she had ever had sex before. I’m living proof she has. “If she’s ever had sex, which she obviously has, she knows what arousal looks like in someone else. She knew what she did, and what she did was wrong, and it was not your fault. You have nothing to be ashamed of.” No one had ever told me that before.

Even after discussing, and dissecting it with my therapist, I never spoke about it with anyone. It sort of became this festering secret that I stored in my mind’s attic, encrusted in mothballs and collecting dust, until the day I’d be forced to drag it back out and stare it in the face. I don’t know why I’m doing this now. I guess because I’m sick of being that lonely-looking guy in the corner of the shul. I’m sick of having to either go along or leave instead of asking people to respect my boundaries. I’m sick of being the freak.

This doesn’t mean I’m magically going to start liking touch. I’ve known this stuff for years, already, and it hasn’t made me any more comfortable being touched than I was when I didn’t know why. It’s a work in progress. It’s weird, though, I love being touched by the right people. I love a good hug from a close friend. I crave it, and need it, and hate going without it. But there are only a few people whom I trust enough to let touch me. I wish I could carry cards around and hand them out to people explaining my situation and asking them to respect it. Perhaps that’s too much to ask.

I don’t know if I’ll ever be ‘cured’ of my aversion to touch, and I don’t know that life would magically go back to normal if I were. But until that happens, please try to bear with me. If you see me sitting off to the side, smiling slightly, tapping my feet in time with the singing, please don’t come over and ask me to dance. I’m not lonely, and I’m not sad. I’m with you. In spirit. I’m dancing in my chair.