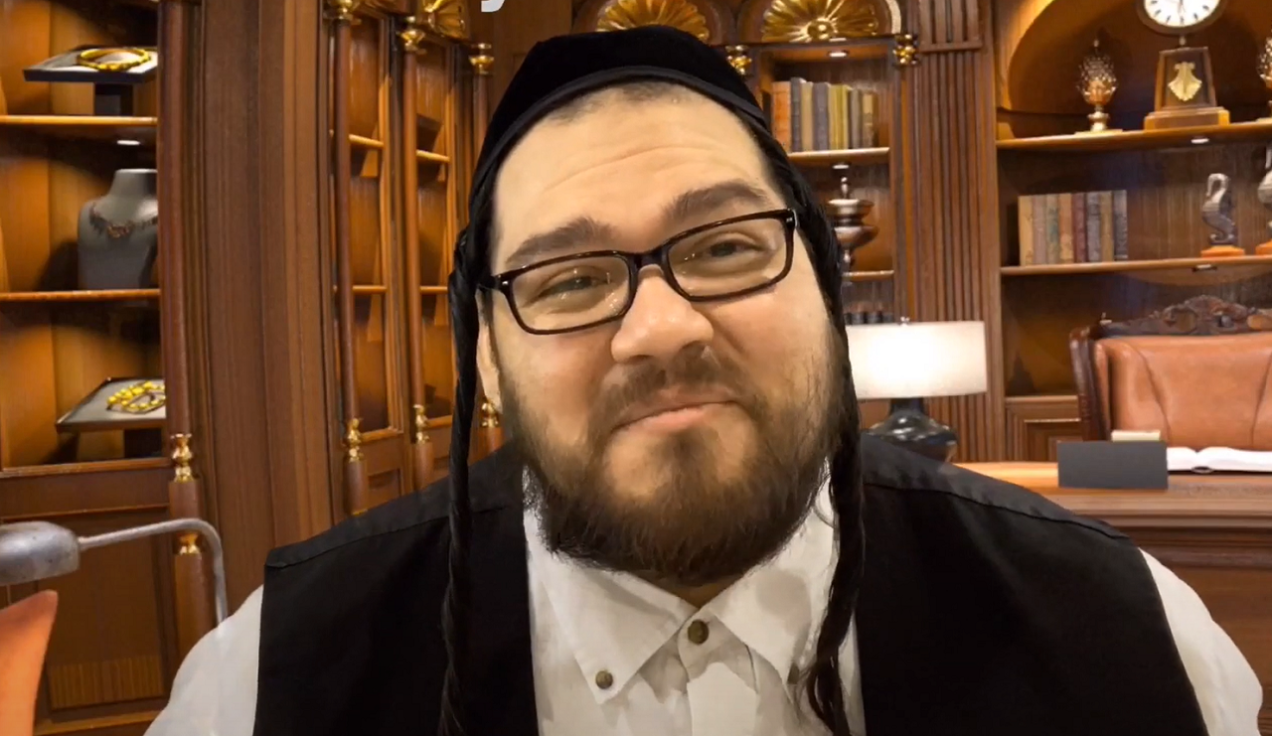 Hayim Nissim Cohen, formerly known as Jeffrey Lujan Vejil of Odessa Texas, is the subject of both a civil suit and a criminal indictment for sexual abuse of children. Cohen gained some notoriety for being a Chassidic, single, adoptive father of 9 in Houston Texas. He has been written about in many Jewish and non-Jewish media outlets, and runs a website about his family called Our Unique Family. Cohen has presented in recent years. For starters, in a 2019 Jewish Press article Cohen seems to have represented himself as a Williamsburg native who moved to Texas in his 20s and had a brief stint in social work. He represented himself in the same way in an interview for the Adath Israel of San Francisco blog. Neither of those things is true.

According to the civil suit filed against him, Hayim Nissim Cohen was born Jeffrey Lujan Vejil in 1984 in Odessa, Texas. This is confirmed by a quick Google search finding only one Jeffrey Lujan Vejil in the state of Texas born in 1984. According to the Odessa High School website Jeffrey was part of the graduating class of 2002. In 2005 a picture of him was featured in the Odessa American assisting in relief efforts at a Red Cross shelter set up at UTPB in Odessa, Texas following Hurricane Rita. While he is listed as having attended high school from 1998-2002, I couldn’t find any records online of which college he may have attended to study social work. I was also unable to find any social work license, current or expired, for either Hayim Nissim Cohen, or Jeffrey Vejil. Given the image in the Odessa American, Cohen was not a Williamsbug native, and definitely was born, raised, and lived in Texas until 2005.

By presenting himself as a Williamsburg native to the Jewish press Cohen was no doubt trying to avoid discussing his conversion to Judaism, which, if it happened, would have had to happen after 2005. There are other inconsistencies as well. In a 2017 interview with Houston Family Magazine, Cohen says that his children, who at the time numbered 6, were either able to speak or write Hebrew. However, in a 2019 Jewish Herald-Voice article he claims that 7 of his 9 adopted children were originally from Yiddish speaking families, and two were from Hebrew speaking families. In the different interviews he’s done he seems to tailor the narrative of himself and his family to suit the outlet’s audience.

In October of 2019, Hayim Nissim Cohen was charged with Indecency with a Child related to Sexual Contact, a third-degree felony in the state of Texas. According to the Texas penal code:

A person commits an offense if, with a child younger than 17 years of age, whether the child is of the same or opposite sex and regardless of whether the person knows the age of the child at the time of the offense, the person:

(2) with intent to arouse or gratify the sexual desire of any person:

On the 28th of October, 2019 Cohen surrendered himself to police. Following his arraignment, he was released on 25,000 bond. This was later raised to $75,000 after a failure to appeal resulted in the revocation of his original bond. The case is still active with the next hearing scheduled for February 10th, 2022.

First, according to the complaint, Cohen listed an incorrect date of birth. He allegedly listed his work as “foundation” and his position as “rabbi” and provided his own cellphone number as his work number. The complaint further alleges that Cohen had stated that neither he nor anyone in his household had ever been arrested or convicted of any offense greater than a minor traffic offense. This was a lie. According to a criminal court search of the Ector County court records, Cohen, while still Jeffrey Vejil, had been arrested and convicted three times between 2005-2006 for misdemeanor theft.

The complaint further alleges that when asked for two character references within the Houston area, Cohen provided two names of people outside Houston, and that the phone numbers he provided for those people not only weren’t theirs, but actually belonged to Cohen and one of his children. The complaint also alleges that Cohen lied on the background check about never having received public assistance. According to the complaint, the background check didn’t turn up any information about his arrests or convictions, or even his name change from Jeffrey Vejil to Hayim Nissim Cohen, and many other claims Cohen had made which were allegedly lies. Nevertheless, according to the complaint, ERDT approved Cohen to be a host for foreign exchange students.

According to the complaint, on numerous occasions between September 2018 and April 2019, while Plaintiff was between 15 and 16 years old, Cohen sexually abused Plaintiff by forcing him to spend hours in Cohen’s bedroom alone, forcing him to get into Cohen’s bed, forcing him to rub Cohen’s stomach and chest for the purpose of arousing him, forcing him to touch Cohen’s penis both inside and outside his clothes, and forcing him to masturbate Cohen until climax. The complaint further alleges that aside from the sexual abuse, Cohen psychologically abused Plaintiff by threatening to tell his parents about other minor infractions and threatening to have Plaintiff dismissed from the student exchange program, which would have caused Plaintiff to lose a year of his education. According to the complaint, unable to endure Cohen’s abuse any longer, Plaintiff made an outcry to representatives of his school. Shortly thereafter Cohen was arrested for the charge detailed above.