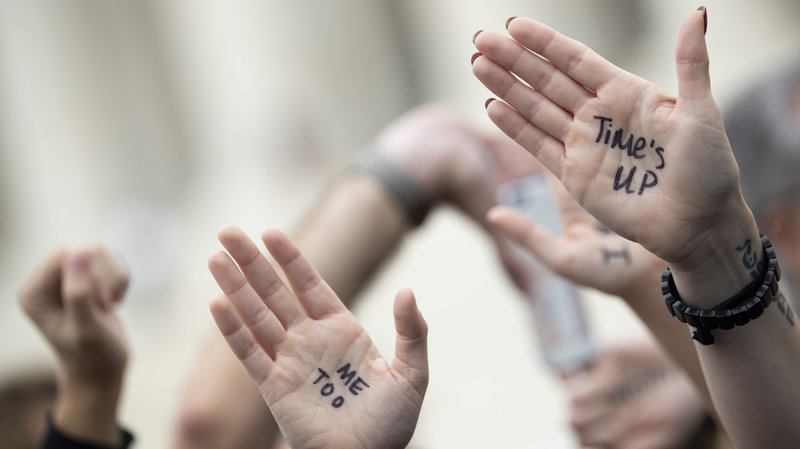 Someone asked me the following question, and I wanted to share it and the response I gave. I think it’s relevant to this moment in history.

“What’s your opinion on distinguishing between sexual assault and sexual harassment? Do you think there is such a distinction, and that there should be different penalties for these potentially two different things? Or do you think think it’s all rape, and should be treated the same each time? Thanks in advance for any insights.”

I’m not sure that really is up to opinion. They are in fact different things. Sexual harassment isn’t necessarily sexual assault, and sexual assault isn’t necessarily rape. In order to have a functioning justice system we necessarily assign different penalties to each. The thing that makes sexual harassment, sexual assault, and rape different than most other crimes is the fact that our society doesn’t really consider them to be as unjustifiable as they do other crimes, which is odd considering that as far as crime goes these three are in fact among the most unjustifiable.

For example, murder is most harshly treated by our justice system, however there are all sorts of justifiable reasons for murder. It’s perfectly justifiable, if perhaps not legal, to murder someone who’s trying to hurt you or someone else, if murder seems like the only way to prevent harm. If someone walks in on someone being raped, murder, if not legal, could be justifiable.

Sexual harassment, sexual assault, and rape, however, have no inherently justifiable circumstances. There’s never an instance in which one must sexually harass, sexually assault, or rape in self defense, to stave off starvation, or to make a living. And yet, it’s a the one category of crime that mostly goes unreported by its victims, and tends not to be taken seriously by our society.

It also happens to be one of the most traumatic categories of crime for its victims, particularly because it is completely unjustifiable and therefore particularly violative. The only reason anyone ever sexually harasses, sexually assaults, or rapes, is precisely because they feel that they have an entitlement to violate another person’s boundaries, body, and soul, and treat them as if they were a thing, rather than a human being.

To listen to victims of this category of crime is to hear the same story over and over again. “I didn’t speak up because I didn’t think anyone would believe me,” punctuated by responses of “I did speak up (to my boss, my family, to HR, to clergy, to community leaders, or law enforcement) and no one believed me. They blamed me. Asked me what I did to deserve it. Asked what, if anything, I had done to prevent it, as if such a thing were possible.” These experience exist by the million, and for some reason nobody seems to particularly care, despite the fact that the prevalence of this category of crime is of epidemic proportion, and its effects on its victims are often devastating.

So yes, as I said now three times, there necessarily has to be a difference in the way we treat the crimes in this category, but then there’s how we as a society, outside of the legal system, have to reckon with it, because our attitudes toward sexual harassment, sexual assault, and rape determine how they will be treated by our justice system. Our police, prosecutors, lawyers, and juries don’t exist in a vacuum. They are all products of our society and our societal attitudes toward this category of crime. If people fundamentally believe that sexual harassment is the fault of the victim, that sexual assault can be “asked for” by the way a victim dresses, that rape can be “asked for” by what the victim drank, then it in fact is impossible for a victim to get justice.

This is what this country is reckoning with in this moment. Whether we will start taking sexual harassment, sexual assault, and rape seriously, whether we will choose to believe that it happens, that it’s serious, that it’s devastating and prevalent, or whether we’ll continue to justify the inherently unjustifiable.